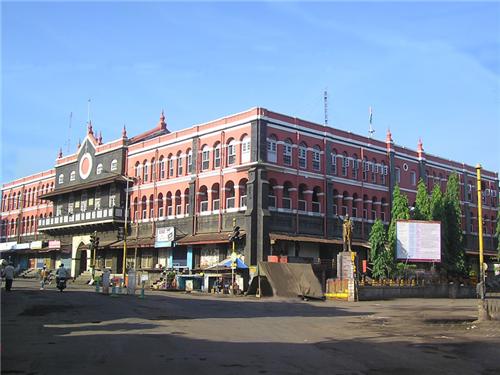 The primary function of a local government or administration is to ensure that all its citizens have access to basic infrastructure and amenities, provide a good standard of living, provide proper opportunities to earn their livelihood. The central government has implemented schemes like JNNURM and UIDSSMT. Kolhapur has utilized the opportunity provided by UIDSSMT by defining a systematic vision and action plan to upgrade Kolhapur’s urban infrastructure and administrative machinery to provide better support in the development and administration of Kolhapur. Having of law and order in place is another prime responsibility of administration in Kolhapur and it has been working sincerely to accomplish this objective.

The history of KMC is interesting and very inspiring. It was established on 12th October 1854 making it one of the oldest municipalities established in British India. Since then it has been a continuous endevour of the municipal authorities to give an overall competent administration even though having only limited means in that era.The period from 1941 to 1944 was a high point in the history of the municipal council wherein many changes were made in the functioning and it resulted in fair, honest and effective governance to all local citizens.

From 1954 to 1971 was a very progressive period as during this period Kolhapur city witnessed construction of roads, bridges, water supply reaching maximum citizens, markets and gardens being constructed to make the city more beautiful.Infrastructural development gave rise to an industrial revolution in Kolhapur. Today, products manufactured in Kolhapur are exported to number of countries. Also during this period the city witnessed the establishment of the Shivaji University. So, the local municipality played an important role in development of both industry and education.

On 15th December 1972 the municipal council was dissolved and converted into corporation to serve the city better with renewed focus on development and expansion due to the growing population of the city and also to support industry.

There are 77 wards in Kolhapur Municipal Corporation and 5 Co-opted wards.

Kolhapur is witnessing a tremendous growth through the City Development Plan. Kolhapur has put to use the opportunity provided by UIDSSMT by defining a systematic vision and action plan to improve Kolhapur’s urban infrastructure and administration. The process of preparing the city Development setup ensured that each of the stakeholders of the city had a say in shaping the vision. The City Development plan envisages the future status of Kolhapur as a hub for industries – engineering, IT and agro based mostly, admired as a tourist location with economical urban services.The administration is drafting a proposal and has granted five acres of land for developing an Information Technology park,the first in the region.

The Kolhapur police force plays an important role in the maintaining law and order. The police department of Kolhapur city is the source of moral strength, confidence and happiness to all citizens of Kolhapur who seek to live a good life in society.

Contact Numbers for Kolhapur District Police are as follows: