A historical building built about 200 years ago is situated just behind Mahalaxmi temple within the heart of the city. This complex has an ancient architectural design and it is surrounded by huge walls and arches. It served as a royal residence to the rulers of Kolhapur and within this complex a temple was built dedicated to goddess Tulja Bhavani by Shri Chhatrapati only for the members of the royal family. 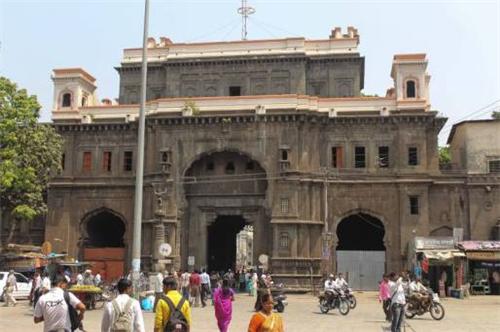 Bhavani Mandap is a great place to visit for both pilgrims and tourist. Within the complex there is a small museum which has a statue of Chatrapati Shahuji Maharaj installed along with collection of stuffed bodies of wild animals like Tigers,Deers and Bisons that were hunted by the members of the royal family. Also on display is a wooden throne presumed to be the one used by Shivaji Maharaj.

As a custom practiced down the years from Bhavani Mandap during Dussehra festival the present Chatrapati of Kolhapur offers greeting to people of Kolhapur.

While exploring this place the locals will tell you about a few myths and tales associated with Bhavani Mandap the most famous being that of an underground tunnel which leads to Panhala a hill side fort which is located about 20 km away and it served as an escape route for the members of the royal family and the Maratha soldiers.