Entertainment and Nightlife in Kolhapur

Like any other city of India, Kolhapur being a 2 tier city has its own traditional style of entertainment along with the addition of recent modern entertainment facilities which has given a wonderful experience to people visiting Kolhapur.

While visiting Kolhapur one will observe that the people living in the rural areas have a keen interest in watching wrestling matches and visit wrestling grounds to cheer their favorite players. A family entertainment would be watching Marathi theater called as “Tamasha”, a Lavani dance or watching a Marathi or a Hindi movie in a theater. Visiting cultural centers and amusement parks is what they enjoy and keep themselves entertained.

The Urban population of Kolhapur has advanced with time and apart from the traditional entertainment they enjoy visiting malls for shopping, visit multiplexes for catching a latest hollywood, bollywood or regional film, visiting health clubs for recreation or taking up an adventure sport. 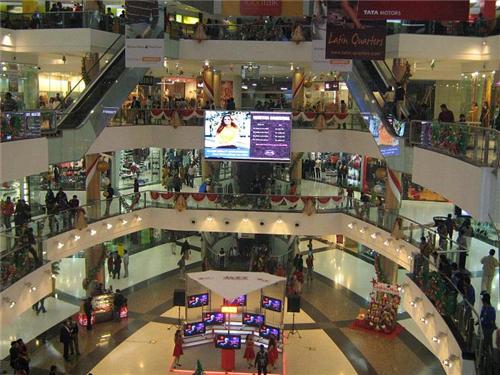 The mall culture has finally caught up with Kolhapur; with multi brand outlets opening ‘Kolhapurkars’ are having a great time shopping. Right from shopping of groceries to purchasing branded stuff of any type people of Kolhapur have welcomed the mall culture in a big way. In the year 2007 Big Bazaar made an entry and since then has seen tremendous growth and to follow suit were Reliance Super, D-Mart, N- Mart, Vishal Mega Mart, Star Bazaar. Last year the city saw the launch of The Reliance Mega mall and two more malls are following suit Tata Croma and D.Y. Patil mall.

Movie Halls and Multiplexes in Kolhapur

Kolhapur has a number of single screen cinema halls, movie lovers flock in large numbers during weekdays and weekends to catch up with the latest releases in Marathi cinema, Bollywood or Hollywood depending on their choice. There are still a large number of single screen theaters in Kolhapur, which are popular since they are cost effective and at convenient locations.

There is a multiplex in Kolhapur city on Rajaram road  i.e “Parvati Multiplex” which is well known for its ambiance and youngsters enjoy the quality of cinema and sound effects this multiplex offers. 4 multiplexes have been planned by the city development corporation and will be ready in sometime in order to cater to the local people who want to experience a better quality of cinema and also for tourist visiting Kolhapur. 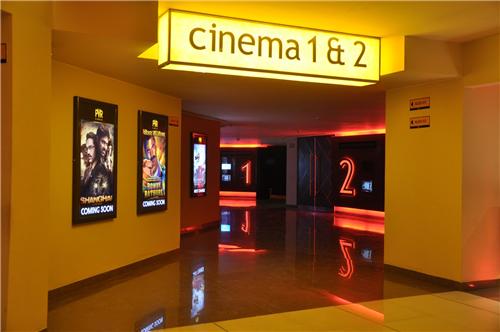 Some of the well known cinema halls are:

This park is surrounded by nature’s beauty and is situated at Raman Mala, Kasaba Bawada road in Kolhapur city. Dreamworld Fun and Water Park offers an enjoyable, delightful and memorable experience to people of all age groups. 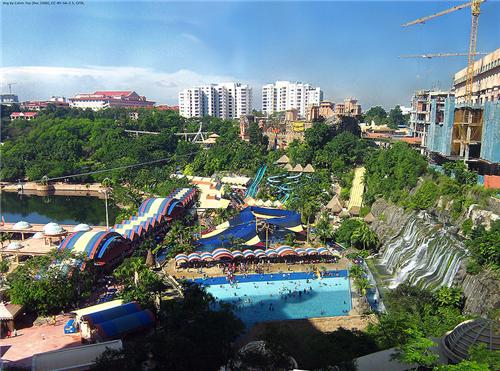 There are also other less rushing family rides which can be experienced. The major attraction at this water park is the “wave pool” which gives a sea like experience and furthermore one can enjoy a rain dance with friends and family. There is a special “Play Park” made especially for toddlers and little kids to have a nice time.

Do visit Dream world Fun and Water Park whenever you visit Kolhapur.

Gandharva Farm and Resort is located on the Pune - Banglore highway, at Toap in Kolhapur district. This amusement park was developed about 10 years ago and is a perfect alternative for picnics and weekend outings for families living in and around Kolhapur. Just recently it has been awarded the ISO certification for its hospitality services. 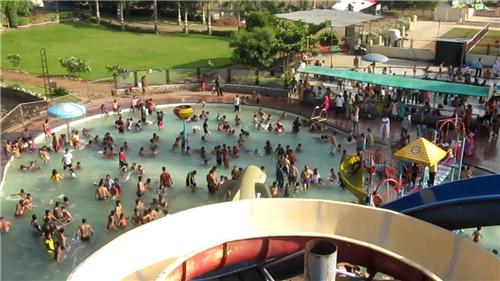 Gandharva amusement park offers about 3-4 types of packages from, which the guest can choose from which includes breakfast, lunch, snacks and dinner. The food is of a good quality and ice-cream lovers will be happy to know that there is an unlimited supply from Frostee ice-creams.

Kent Club is a very well known brand of resorts and is famed for being one of the first resorts and amusement park in Maharashtra. Kent Club is geographically located at Sadale - Madale that is a about 18 km from Kolhapur city at an altitude of 2600 feet above sea level and is spread over 7 acres of lush green forest area.

This Amusement park has a beautiful water world, a scary Horror world, but the main attraction here is the Snow world which gives one a feeling of playing with snow in Kashmir. 'Kolhapurkars' can plan their visit during weekends for holidays and picnics. Schools and Colleges can plan their picnic trips as this Amusement park has a lot of activities for all age groups to enjoy.

Corporate groups in and around Kolhapur can book this club for their corporate trainings and at the same time enjoy themselves at this resort. During their stay the guests are entertained with the regional cultural dances like Povada and Lavani.

Since most of Kolhapur district is geographically located on a hilly terrain, it is a perfect spot for various adventure sports. People in and around Kolhapur can enroll for adventure sport activities according to their interest. Different formats of adventure trips are organized every month.

Shivtej Waterpark is a newly constructed water park, which serves as a perfect alternative spot for picnics and weekend trips for Kolhapuri locals. Located near the Panhala fort at the foot of the Panhala hills on the western ghats, it has all the modern infrastructure and facilities of a water park with water rides, entertainment and serves mouth watering Kolhapuri cuisines. Definitely Shivtej Waterpark is a must visit for people of all age groups.

If you are visiting Kolhapur as a tourist you are probably here to experience and enjoy the culture of Kolhapur, for sightseeing activities, and to the relish the spicy food of this historic city and not necessarily to party. Though some folks after a long day of sightseeing would like to let their hair down for a while, and enjoy a drink or two. For this there are numerous bars and clubs within the prominent hotels in Kolhapur or in the by lanes where small bars and hotels operate in the city. But yes, always remember that you are a tourist and should avoid venturing or staying out too late into the night, especially in a city which is not well known to you. In short Kolhapur does not have much of a night life as compared to cities like Mumbai, Delhi, Bangalore, Goa and Kolkata which are known to have the night life culture since a long time. 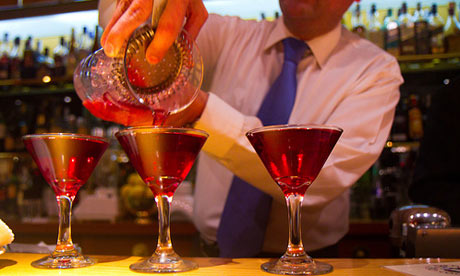 Alternatively, you can spend the late evenings along the Rankala Chowpatty with your family as this place is buzzing with activity till late evenings. It also a very romantic place for couples to spend quality time together by the lake side and furthermore, if you are interested in watching some musical, cultural program which are held in the drama halls in Kolhapur during late evenings you can get the information on the same and enjoy the musical show with your family.