Kolhapur District is situated in the southern part of the Maharashtra state. The total area of the district from North to South is 8,047 sq km and from East to West it is 60 Km. Geographically Kolhapur district can be distinctly divided into three regions.

The Western Ghats(Sahaydri mountain range spreading from Malkapur in the north to the Samangad in the South).The hilly region in the center of the district which is also known as the Panhala – Alta range and the plateau region spread on the eastern part of the district.

Weather: The climatic conditions in this district differ from region to region. It is generally cool in the western hilly areas but as you move towards the eastern part of the district the weather becomes hotter and dry.The western hilly region of the Sahaydri mountain range receives heavy rainfall as compared to the east and central parts of the district of Kolhapur. Summers are generally from March to May, Rainy season are from June to October and winter from November to February. 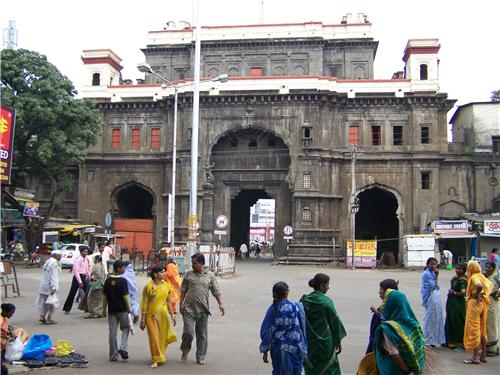 Marathi, Hindi and English are the commonly spoken languages. Though Marathi is the native language and spoken more commonly in rural areas while English is spoken and understood more in urban areas. Due to migration of other communities from different parts of India other languages like Gujarati, Punjabi and South Indian Languages are spoken in small pockets of the district of Kolhapur. 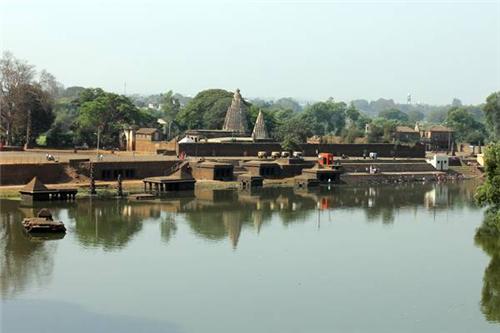 The lifeline of any city in the world.The seven important rivers that flow in and through Kolhapur district are the Panchganga,Dudhganga, Hiranyakeshi, Krishna, Vedganga, Warna and Ghataprabha.

The Panchganga river as its name suggest is a meeting of five rivers i.e  Tulsi , Bhogawati, Kumbhi, Kasari and Saraswati(which is believed to be hidden and flows from below).This river is also known to be the lifeline of the people of Kolhapur district and has played a major role in the formation of this city. 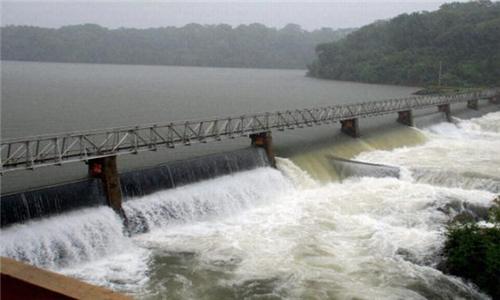 The major dams of Kolhapur:

The Radhanagari Dam is one of the oldest dams built in India with the efforts and vision of Rajarshi Shahu Maharaj before independence of India during the early part of 1900’s.This dam is used for both irrigation and generation of hydro – electricity and is built on the Bhogawati river near Radhanagiri town.

The Kallammawadi Dam is the biggest dam in Kolhapur district and built on the Dudhganga river(a tributary of river Krishna) in Radhanagiri  town. This dam provides water to major parts of Kolhapur district.

Apart from their services both dams provide a beautiful and scenic surrounding to the area of Radhanagiri and adds to the evergreen and dense forest cover around it making it a beautiful picnic spot.

There are many other dams and small irrigation projects in and around Kolhapur district which have been built in collaboration with neighboring districts and states and have resulted in being beneficial to both.

The soil in this Kolhapur district varies in colour from region to region from brownish to reddish to black. The soil in the western hilly region is red to brownish red in colour having high iron content which is useful for plantation of paddy crops and fruits. The central region of the district has brown fertile soil while the eastern region of the district has black soil. Due to the presence of phosphorus in the soil the overall land of Kolhapur district is very suitable for plantation of Sugarcane and tobacco. Bauxite mining is carried out in areas of Shahuwadi ,Radhanagiri and Chandgarh .Silica and Iron is also found in abundance in the soil of Kolhapur district.