We are living in the 21st century and like any other developing city in India, Kolhapur also has developed a systematic and effective healthcare system for its citizens.The healthcare system in Kolhapur both public and private have played a very important role in promoting and insuring a healthier population by reducing premature deaths, minimizing the effects of diseases, injuries and disabilities. 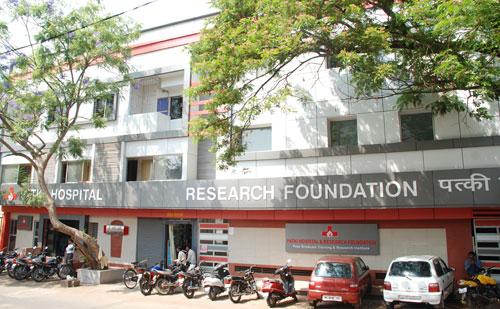 Healthcare in Kolhapur district is provided by the Medical organization of Kolhapur. This organization provides healthcare to all permanent residents of Kolhapur and free medical treatment for the general and economically backward residents.

Presently, in Kolhapur especially in the rural areas, the government run healthcare system dominates, private healthcare and other variety of alternative treatments are also available for those willing to pay or prefer alternative medical treatment.

Consists of organizations like hospitals and dispensaries, which provide medical relief to the general population of Kolhapur district. Most services are free at the point of use for the patients though there are nominal charges associated with medical tests conducted, and other aspects of personal care.

Find out more information and contact details of Government hospitals in Kolhapur.

Ayurveda : Ayurveda is very popular in India and it cures lot diseases in natural manner. Though Kerala state is known to be the best place to take ayurveda treatment, but today you will find the same standard of ayurvedic treatment being offered in Kolhapur by experienced ayurveda practitioners.

Find out more information and contact details of  Ayurvedic clinics and centers in Kolhapur.

Yoga: Yoga helps in bringing the body and mind together and is based on three elements - exercise, breathing and meditation. In Kolhapur there are many yoga clinics and centers in prominent areas and localities, these yoga centers help you to relax and rejuvenate your body and improve your overall muscular and postural strength. But remember to always consult your doctor before starting a new fitness program in case you have a pre-existing medical condition.

Find out more information and contact details of Yoga and meditation centers in Kolhapur.

Homeopathy: Homeopathy is an alternative medical system which is popular with people in Kolhapur for the treatment of chronic and recurring diseases of all types.Homeopathy treatment, is very effective in curing chronic diseases which are long standing or which keep re-appearing.Other benefit of homeopathy is that it is cost-effective, easy to administer, child friendly and can be used along with other forms of medications.Homeopathic hospitals, clinics are located in prominent areas and localities in Kolhapur.

Find out more information and contact details of Homeopathy clinics in Kolhapur.

Eye care: Kolhapur city offers a number of eye hospitals, eye centers and eye specialists at several locations within the city. Government hospitals in Kolhapur have eye care departments and the majority of them provide services which are very cheap or free of cost. Most private eye care hospitals and clinics in Kolhapur are well - equipped with the latest technologies and specialized services and anyone with a history of vision problems should go for a routine eye checkup. So to all Kolhapurkar's always remember eye examinations are an important part of preventive care.

Find out more information and contact details of Eye care hospitals and clinics in Kolhapur.

Dental care: Kolhapur city has a number of dental clinics and centers at several locations within the city which provide world class treatments with low cost dental implants, root canal and dental surgery for all dental problems. It is important to have a regular dental visit at least every 6 months as it keeps teeth and gums healthy. In case of serious dental problems residents of Kolhapur can visit government aided hospitals or specialty hospitals, which have a separate dental care center.

Find out more information and contact details of  Dental care centers and clinics in Kolhapur.