The ancient history of the city of Kolhapur according to hindu mythology, Kolhapur was founded by Kolhasura, a demon who as killed by goddess Mahalaxmi for his atrocities towards the local populace. Legend says that before dying Kolhasura requested the goddess that the city be named after him.

Kolhapur was ruled by many regimes and dynasties and there has been a recorded history from 225 A.D. onwards. Kolhapur over centuries has been ruled by the Satyavahans, Wakatakas, Kadambas, Shedraks, Shilahaars, Maurayas, Chalukyas, Marathas, Peshwas, Mughals and the British. 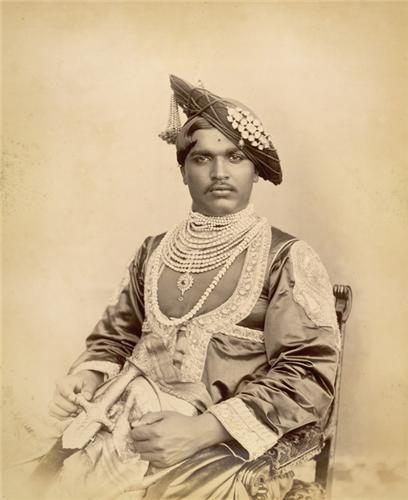 Initially the Satyavahans ruled for a long period. Then from 225 A.D. to 550 A.D. the dynasty of the royal families of Wakataks, Kadambas, Shredaks and Mauryas. From 550 A.D to 753 A.D. the Chalukya dynasty ruled and during this period in 634 A.D. King Kamadeo, started the construction of the Mahalaxmi temple. It was during this period that Kolhapur was also being addressed as ‘Daskshin Kashi’ or ‘Mahateerth’. From 753 A.D. to 850 A.D. the Rashtrakuta dynasty ruled Kolhapur and from hereon till 1210 A.D. the Shilahaar dynasty ruled Kolhapur.

Kolhapur has been known as an important historical center right from the ancient days. The Brahmapuri, Uttarreshwar, Kholkhandoba, Rankala, Padmala, Ravareshwar were always important centers. The presence of Mahalaxmi temple added to the religious importance of Kolhapur and pilgrims from across India visited this temple.

King Sighandev of Devgiri from the Shilhara kingdom ruled Kolhapur from 1210 A.D. Then the Yadav of Devgiri in 1298 A.D. was defeated by the Muslim regime. The Muslim regime had then taken over Kolhapur city during the 1306 A.D. and ruled till Chatrapati Shivaji Maharaj conquered the Panhala fort in 1659 A.D. Shivaji, died in 1680 A.D. after pushing the Moghuls out of western India and beginning the process of Moghul empire decline. But after he died, the Moghuls were still strong enough to take their revenge on Shivaji’s  successors.

The 17th century saw repeated attacks by the Mughals during which a lot of demolitions and constructions had taken place in and around Kolhapur by the Mughals.The early 19th century saw the rise of the British empire and eventually they controlled the Maratha empire. Shri Chatrapati Shahu Maharaj became the King of Kolhapur in 1894 during the presence of the British.

The period from 1894 to 1922 saw a new era of social,cultural,and economic reforms for which Chatrapati Shahu Maharaj is remembered as one of the greatest rulers of Kolhapur.

The Bhosle dynasty has continued to the throne after the reign of Chatrapati Shahu Maharaj. Post independence the Princely State of Kolhapur became a part of the Union of India.Till date the present royal family is held with high respect amongst the people of  Kolhapur. Shahu II Chhatrapati ascended the throne in 1983 and is the head of the royal house.

From independence to present day Kolhapur has seen a rapid growth. With the support of the municipal bodies and other administrative bodies Roads, Bridges, Water supply, Drainage all systems are well developed and managed. Markets and Gardens have been constructed making this city even more beautiful.

With the dedicated efforts of Y.P. Pawar,Mhadba Mistri,Tatye Shinde and Late Rambhai Samani has seen effective growth in industrialization of Kolhapur.

The reputed Shivaji University and other important educational institutes has made Kolhapur an important destination for education within the state and the country.

Renowned personalities from Kolhapur over the years: