Do mega cities like London and Paris only have wax museums???...think again. You will be surprised to know that there is a wax museum with amazing statues capturing the entire village life of ancient India at Siddhagiri Museum in Kolhapur, Maharashtra which is spread over an area of 7 acres and has almost 80 scenes depicting ancient village life showcased by about 300 statues. 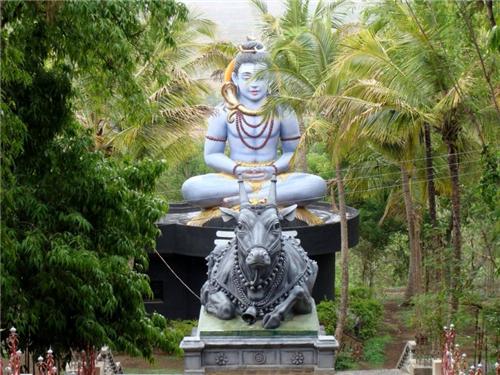 The history and objective about Siddhagiri Gramjivan Museum (Kaneri Math)

Kaneri Math is a well known holy place with a temple of lord Shiva. Legend says that the shivling was installed by a Lingayat priest during the 14th century.

The Kaneri Math is well known, but the Siddhagiri museum is still lesser known. Historians say that this project is a dream village of Mahatma Gandhi, which is visually and symbolically created through the imagination and efforts of the present 27th Mathadhipati H.H. Adrushya Kadsiddheshwar Swamiji. 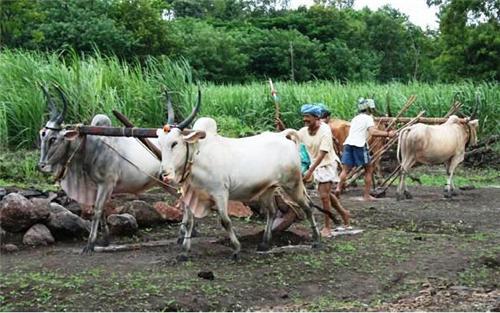 The Siddhagiri museum starts with an intricately decorated cave which depicts the lives of notable characters from the Mahabharata, Ramayana, etc. The main objective of the project is to refresh and showcase to the current generation of India the history of a self sufficient village life in India before the invasion of Mughals in Maharashtra, wherein in those days there were 12 'BALUTEDARS' (12 main caste based professions performed by generations of a family and its members) and 18 'ALUTEDARS', who provided equipments to all villagers which were useful in their daily necessities of domestic as well as agricultural life. The roles and responsibilities of all 18 Alutedars, 12 Balutedars and other people of the village are distinctively depicted in the museum. 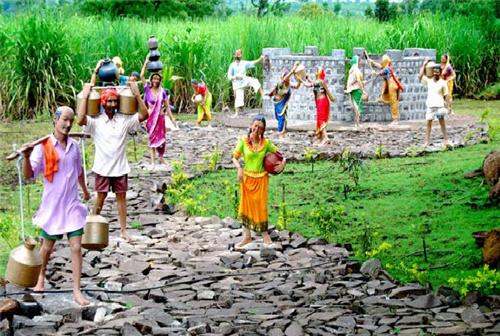 Spanning around 7 acres, this museum has around 80 scenes which showcase about 300 statues. The beautiful surrounding and overall scenic beauty is what makes this place feel like a heavenly paradise. Minute aspects of a day in a life of the village are depicted, which is an excellent  example of great imagination, creativity and hard work put in to bring in complete natural expressions on these sculptures.

Few interesting scenes in the Museum

Exploring the entire museum would easily take about 3 to 4 hours to see everything carefully and understand so do plan in advance to reach early.

The conclusion one draws after visiting the Siddhagiri Gramjivan Museum is that all things depicted in the ancient village reflects the beauty, joy, the satisfaction of human race and oneness with nature. It is advising us to get back to nature, without disturbing the  harmony and equilibrium of nature and many other things that are beyond our imagination.

How to reach Siddhagiri Gramjivan Museum

This place is well connected by road and easily accessible by taxi or by local transport. Take the Kolhapur - Bangalore NH 4 and travel around 15 Km then take a right turn from Gokul Shirgaon junction to go to Kaneri village. Drive for another 4 to 5 Km to reach Siddhagiri Museum.

Best season to visit: The Siddhagiri Gramjivan Museum is an open air museum so the winter season which prevails from November to February is the best time to visit as the weather is pleasant during this time and the temperature in this season lies between 14 and 30 degrees Celsius.

Explore more about Travel in Kolhapur