Kolhapur‘s transport system offers a decent, cost effective, fast and convenient way of traveling in and around. Basically it is the bus, auto rickshaw, taxi and train services that are the primary modes of transport for tourist and local residents for traveling in and out of Kolhapur. The local bus services are well connected to different parts of the city and district areas and are the most preferred mode of transport of the people of Kolhapur. The Railway system is well connected to different parts of Maharashtra and over all to other important cities in India. The commercial air services in Kolhapur at the present moment has been terminated, but will be resumed soon.

The Kolhapur Municipal Transport department was started with the aim to provide a cost effective, timely and dependable service for the residents of Kolhapur. Presently there are about 136 buses with KMT. Around 90,000 people use the KMT buses which run on 33 routes on a daily basis. Besides the city limit KMT provides services to about 80 villages situated within 20 km periphery of the city. 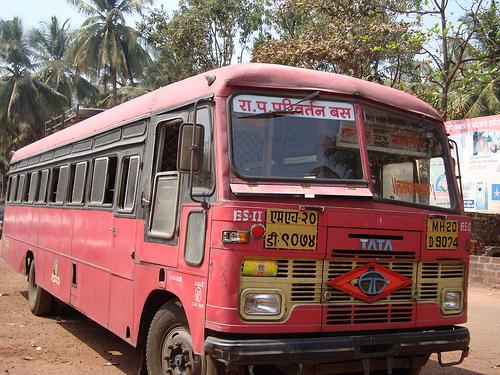 KMT buses traveling on different routes are controlled by 5 control centers in the city. The main office of transport department is at Shri Shahu cloth market. The main control center is at Shivaji Square and the other centers are at Maharana Pratap Chowk, Gangavesh and Shri Shahu Maidan these centers issue bus passes for daily bus commuters.

The State Transport (ST) bus stand in Kolhapur is situated on the station road in Kolhapur. The buses here are managed and run by Maharashtra State Road Transport Corporation (MSRTC). Local citizens of Kolhapur and travelers traveling intercity within the state of Maharashtra can use this service as it is not only cost effective but also very reliable and offer timely service. 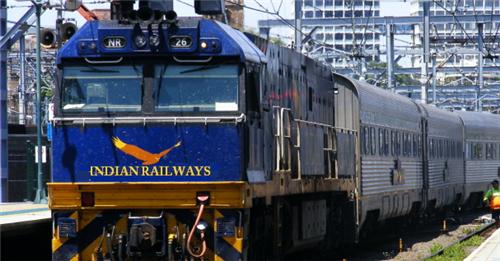 Indian railways provides the most cost effective and fast way of reaching Kolhapur. Tourist who want to visit Kolhapur can get their seats booked in advance so they can enjoy the travel and have a safe and comfortable journey.

The Express trains from Kolhapur are as follows

There is also a Passenger shuttle services which runs on a daily basis between Kolhapur - Pune  and Kolhapur - Miraj. 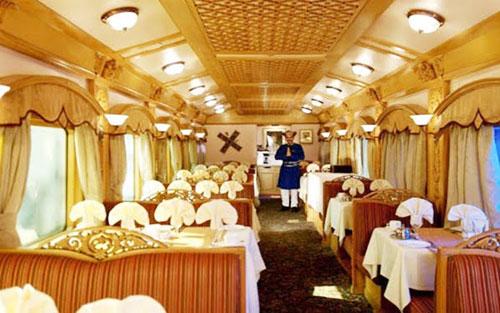 It is a specially designed train to promote tourism in Maharashtra and is known as a 5 star hotel on wheels. It is a major attraction with international tourist who are keen on touring the important cities in Maharashtra.The travel route of the Deccan Odyssey starts from Mumbai and travels along to Belgaum, Kolhapur, Pune, Goa, Sindhudurg, Nashik, Aurangabad, Ratnagiri, Ajanta-Ellora and returns back to Mumbai.

Kolhapur Airport is situated at Ujlaiwadi which is 9 km South-East from Kolhapur city.

Kolhapur Airport started its operation in the year 1987.The Airports Authority of India(AAI) in the year 1997 leased it to the Maharashtra Industrial Development Corporation (MIDC) and by the year 2012 the lease got expired and due to financial losses incurred the MIDC requested the State government of Maharashtra to relieve it from the  responsibility of running the airport.

Currently the Kolhapur Airport is not functional for commercial purpose and commercial flights to and from Kolhapur are temporarily suspended due to financial looses incurred by the airline companies.For national and international tourist who seek to visit Kolhapur the nearest airport is Pune and Mumbai airport after that they can take the road route to reach Kolhapur.

But its not all over as yet for the aviation industry in Kolhapur things are looking better as DGCA gave its approval for re-opening of the airport and MIDC repaired the 1,370 meter long and 50 meter wide runway. MIDC also added facilities like closed circuit television system, baggage scanner, door-frame and hand-held metal detectors and guide lights along the airstrip at a total cost of Rs 6 crore.Influential business men,leaders and industrialist of Kolhapur are lobbing to get the Airport functional since lack of an airport service in Kolhapur is a major drawback for the growth of the industrial sector in the region.A fully functional airport in Kolhapur will help delegates from foreign countries to reach the city faster and in turn increase their business engagements.

Auto-rickshaw and Taxi services in Kolhapur

For getting around Kolhapur city the best option is the auto-rickshaws which is the common mode of transport and is easily available. Auto-rickshaw drivers in Kolhapur are generally friendly and they follow the meter system of payment for traveling anywhere within the city limits. If you are a tourist and touring Kolhapur city auto-rickshaws is the best mode of commuting cost-effectively and fast from one place to another. 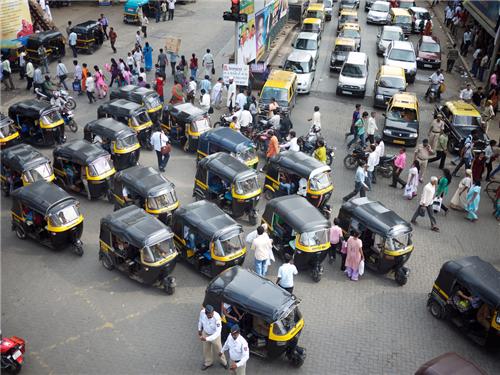 Auto-rickshaws are very popular amongst foreign tourist and they enjoy the auto-rickshaw ride while touring Kolhapur. Foreigners generally call it the Tuk-Tuk ride and they believe a visit to India is incomplete without a Tuk-Tuk ride.

Another way of traveling around Kolhapur is by taxis. The general meter taxis are available, but they are not commonly used by the local citizens of Kolhapur. Tourist can make use of the taxi service for touring Kolhapur as it is far more comfortable than auto - rickshaws and ideal if they are touring with their family. It is again a cheap and quick option to get around Kolhapur. Prepaid taxis are also available in Kolhapur.

Also private taxis can be hired from tour operators or local car rental companies who offer budget taxi services. Tourist visiting Kolhapur can book their car of choice in advance so that when they visit Kolhapur they need not worry about their local travel and they can just sit back and enjoy their holiday visit without any hassle.